This string trio with voice ambitioned in an instant compositional thinking, grounds its music on a diverse and strongly rooted theoretical and practical knowledge and orchestral thinking. Concentrated as well as relaxed interaction and stringent ideas give the quartett’s homogenious soundcharacter a balanced evidence, explicit orientated on transparency and clearness. The artists are each involved since many years in projects within the international scene of improvised/new music, advanced jazz and interdisciplinarity with partners from literature, dance, theater, performance, film/video.

“An incredible quartet of voice and strings with an attitude of electro-acoustic sound production, immense journeys in sound crossing the areas of conflict between meditation and impulsiveness.” squidco

“VIST AG’s coherent mix of inspired probing and technical underpinning, their subtleties so precious in a world where, too commonly, substance is mistaken for bushwash whereas barrenness is used as creed, a shield for modernist intellectuals to hide behind.”
Massimo Ricci, Touching Extremes

“Landscapes of sounds are here developed as islands of acoustic concentration within the drift of everyday sounds and musical floods. It’s an effort against ‘acoustic pollution’, as Murray Schafer, guru of the ‘sound-ecology’ stated, for the consciously and self-consciously intended purpose of structured sound as victual.”
Dieter Kaufmann, composer, head of Inst. electroac., experim. music, Univ. Vienna 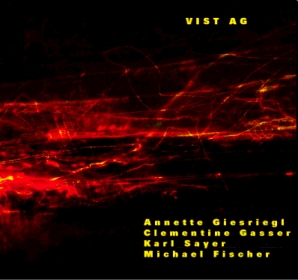 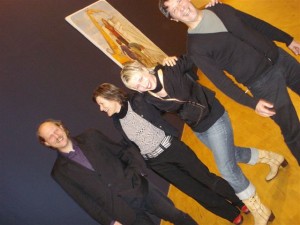 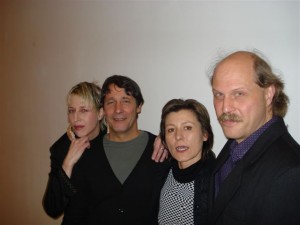